Your Position：Home > Industry > A History of War Time Laundry and The U.S. Army >

A History of War Time Laundry and The U.S. Army 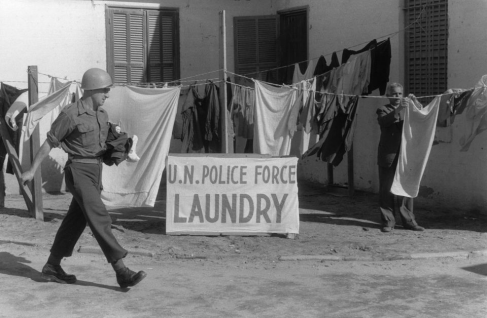 While guns, tanks and bombs command the attention of every war story, one of the most important elements for keeping a soldier healthy is clean, serviceable clothing whether on the front line or during training.

Laundry or clothing was one of the biggest challenges of the Revolutionary soldiers. Until the early 20th century, military clothing was handled by laundresses that traveled with each regiment.

Even though the Quartermaster Corp can trace its beginning to June 16, 1775 under General George Washington, the quality and consistency of the laundry services varied widely. Uniforms were most often replaced with whatever clothing was available when worn out rather than cared for properly.

Each soldier was responsible for his own laundry and clothing care. If there was a laundress attached to the unit, she was paid by each soldier. Some men did not have the money or care and their clothing was seldom cleaned. As a result, there was substantial loss of combat manpower due to disease.

By the turn of the century, the health risk factors associated with poor personal hygiene were well known. The British forces lost 21,000 soldiers to diseases during the Crimean War. They set about establishing standards of field hygiene, appointed field sanitation officers and published manuals on clothing sanitation.

The first American military portable laundry unit was completed in October 1917 by the Broadbent Portable Laundry Corporation. It consisted of four trailers carrying the laundry equipment, two trailers carrying supplies and a steam tractor as prime mover and power source.

Laundry companies were organized to operate the systems led by one second lieutenant and 37 enlisted soldiers. These companies were attached to units who could provide hardstands, good roads and considerable maneuver space.

Unfortunately WWI front line soldiers never received adequate laundry service as most of the units were operated primarily in the rear. More than 90 percent of the soldiers on the front line had disease-carrying lice.

In the years before World War II, the mobile laundry and sanitation units were redesigned into smaller units with a washing machine, an extractor and two steam-heated tumblers for drying clothes. Contracts were let for 1,331 systems and by October 1942, several hundred had been shipped to mobile laundry companies for training.

It could be mounted in either a C-47 or a CG-4A glider. The system was designed to service soldiers at isolated sites far from fixed facilities, primarily on the islands of the South Pacific.

With the new units capable of reaching the front lines, the "laundry men" had to pull patrol duty, fight snipers and survive many bombings. One laundry platoon followed Lieutenant General Patton across France and set up on a river bank. In the midst of a battle between American tanks and German Infantry, Technical Sergeant Rufus Pressley, the platoon sergeant, and his men "joined in the fight, captured eight Germans, killed a few, and chased off the remainder." (Quartermaster Training Service Journal, 10 November 1944, page 24.)

The Korean Conflict had a much greater emphasis on forward clothing exchange and bath operations followed by laundry support.

The 1st Cavalry Division Quartermasters established a clothing exchange system with their bath units which provided soldiers with a shower and clean clothes from a laundered stockpile, all in a matter of minutes. The laundry unit rotated through the division once every 10 days, cleaning the stockpiles of dirty clothes.

For troops that did not have access to laundry equipment, the division Quartermasters set up a "hand laundry" with Korean labor using assembly line techniques. One set of women would hand scrub and then pass the clothes to another crew for rinsing, hand-wringing, and hanging on lines. Dry clothes were taken down by another crew, sorted, folded, and returned to stock. This method was so successful that the division's soldiers usually received two clothing changes per week.

Field laundry operations in Vietnam were a challenge because troops were scattered in jungles with double and triple canopies and unsecured roads. Many of the laundry supply units had to be resupplied by airlift. Most front line soldiers received clean clothes through resupply rather than direct laundry support. Soldiers at fire support bases were either resupplied through routine deliveries or they received a change of clothes and a bath when they rotated back to a forward support area. WWII units were still in use and could not handle the demand. So many soldiers again turned to local laundresses for laundry services.

The current Laundry and Decontamination Dry-Cleaning System (LADS) offers great improvements in productivity, reliability and meeting the rigors of a modern AirLand battlefield. A LADS is a 40-foot-long mobile laundry trailer that is easily hauled by an M1088 tractor and M871 trailer from location to location. The system can be set up and operational within hours. LADS is now completely computerized making it easier to operate.

LADS uses only environmentally friendly and combat appropriate cleaning agents. The components of the green detergent break apart and disintegrate into the environment without causing chemical damage to soil, so the laundry water does not require waste-water disposal.

By using these nonhazardous chemicals, LADS can be set up anywhere clean (not necessarily potable) water is readily available, allowing SLCR (Shower, Laundry and Clothing Repair) teams to deploy with any unit.

Of course, keeping combat boots looking their best is still the responsibility of each soldier. And, with fewer troops in combat, the care of military uniforms falls to individuals but must still meet Army regulations.